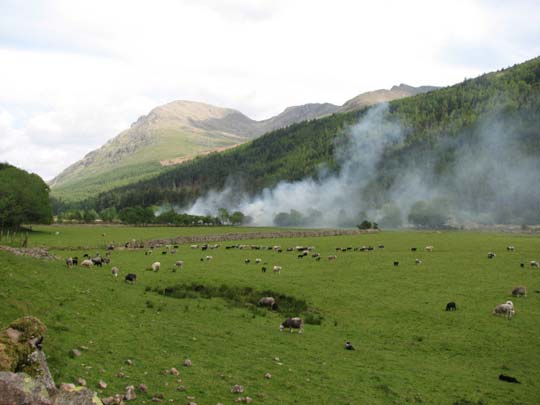 There was a fire along side the river Liza started by two young men who ran off when it got out of hand. It was mainly dry grass and gorse but the fire was being driven by a strong wind, had it jumped the river it could have taken the whole of Lingmel.

Carol ran to ring the fire brigade and I worked around the edges trying to stop it spreading this was very difficult in the tussocky grass hummocks. As soon as you thought it was out the wind would blow and the whole thing would burst back into flames, when the gorse bushes caught fire flames would leap 30 ft into the air.Luckily the fire brigade arrived before it managed to jump the river it had already jumped to one of the island in the middle of the river.