October was a month of wind, rain, snow and a little sunshine to finish off with. 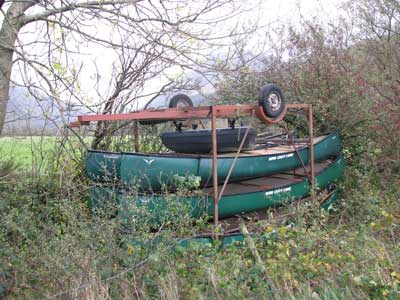 We awoke one morning having spent most of the night listening to the wind trying to tear the roof off, to find our canoe trailer had disappeared. Thankfully on closer inspection the whole thing had been blow over the fence into the hedge. We then realized our lightweight canoes which are on the top of the trailer, were now bearing the whole combined weight. It is a testament to these boats that they sustained little or no damage except for a few scratches. 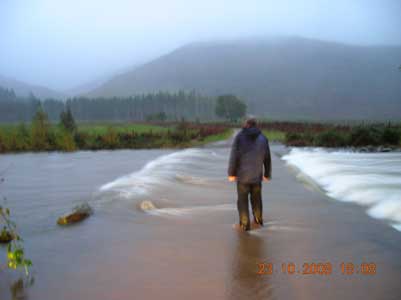 There can be few people in the country, na, the world that did not hear that it rained in Borrowdale the last weekend of October. The OMM mountain marathon was cancelled with (according to the media) thousands stranded on the fells. I have to declare an interest having been loosely involve since its inception in the late 60's, and latterly been involved in mountain marathon navigation and preparation training weekends. This 2 day event where strict kit list ensures competitors carry tents and camping equipment and are prepared to stay out overnight was originally run on the last weekend in September. It was decided that this was not a true test of peoples abilities and was moved to October. With this in mind competitors set off knowing the weather has not always been kind and prepare for the weather.

I have the mountain weather forecast for the weekend it predicted high winds and 1 to 2 inches of rain. In fact 8 inches!! fell in Borrowdale and 5.5 inches here at Gillerthwaite. The bad weather did not really start till after many people had started. Some were already in the overnight camp. People did the sensible thing those who could got off the hill, and those who couldn't camped and waited for the weather to abate and then made their way back to the finish. This is standard and correct procedure for all who find themselves weather bound in the mountains. This should be held up as an example of how to run an event and how important it is to go well equipped and prepared into the mountains.

I have to admit I was sat in the lounge with my foot up watching the weather hammering towards Brandreth and Borrowdale, the first time I wasn't moaning about my achilles tendon for months. Carol and I should have been up there doing the 'long score'. 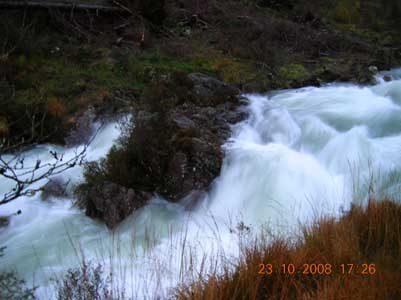 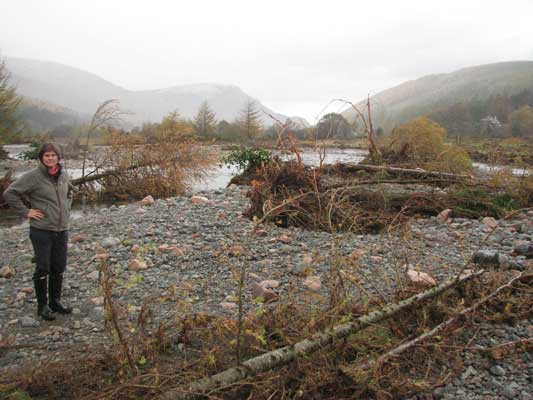 The 'Misfit' River Liza washed out over 100 metres of banking and trees to a width off 15 /20 metres between Low and High beck. Carol and I walked the river on the 29th with the river at a more normal level (negotiable mostly in wellies ) these are just a few of the dozens of uprooted trees. The YHA can be seen in the distance. 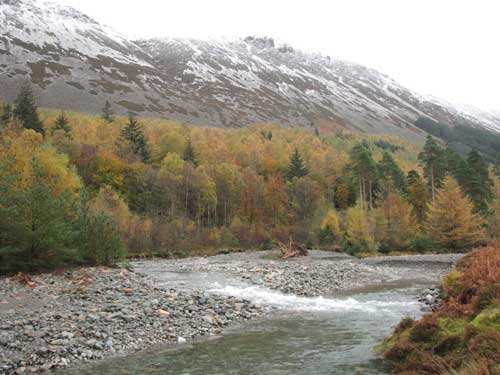 Here the river has doubled in width and the river no longer runs behind the island. Note the snow on the flanks of High Pike. 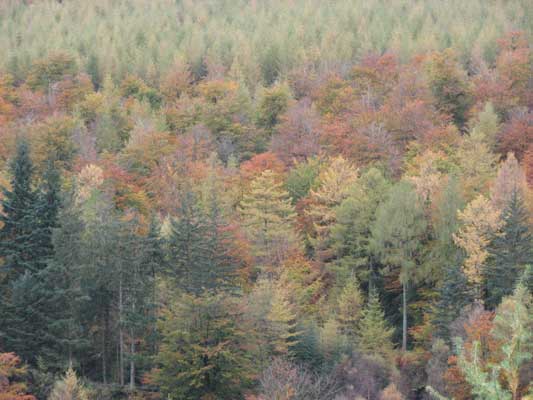 Here we are practicing on the canoe raft simulator 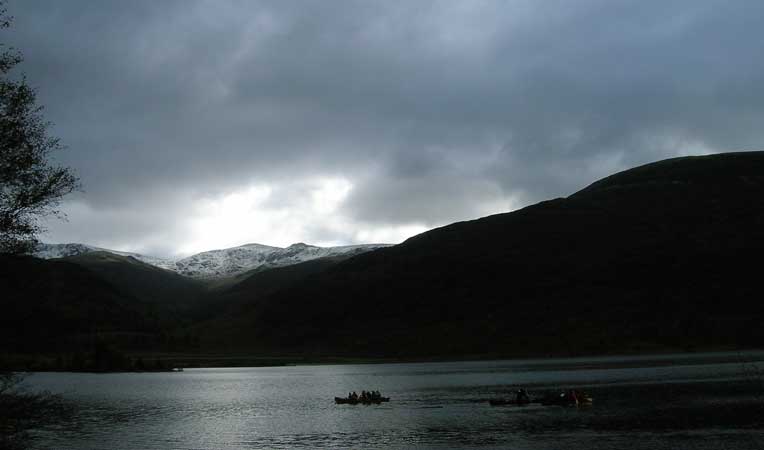 The end of a cracking canoeing trip, at the end of October