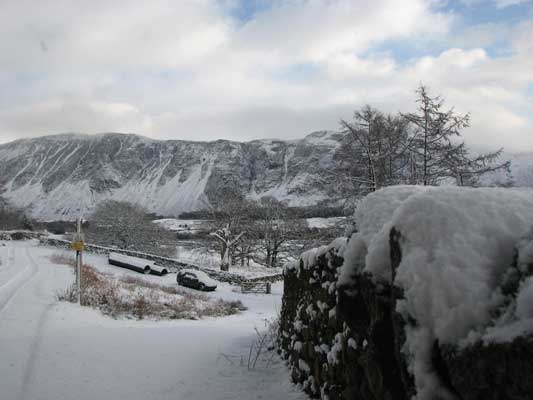 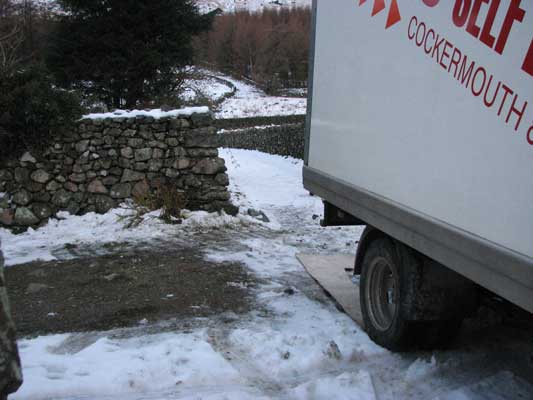 We started to try to get the hire van out to collect the rest of our possessions. 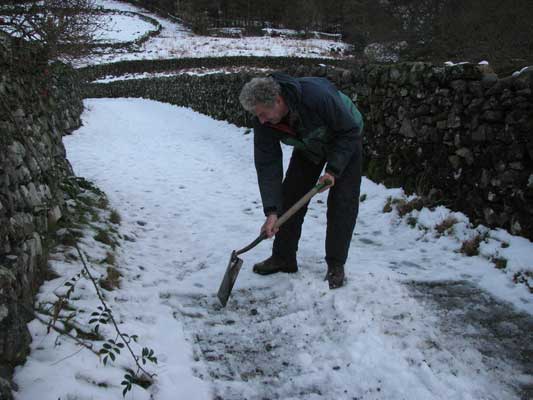 But the snow was covering a thin layer of ice, even digging was to little avail. 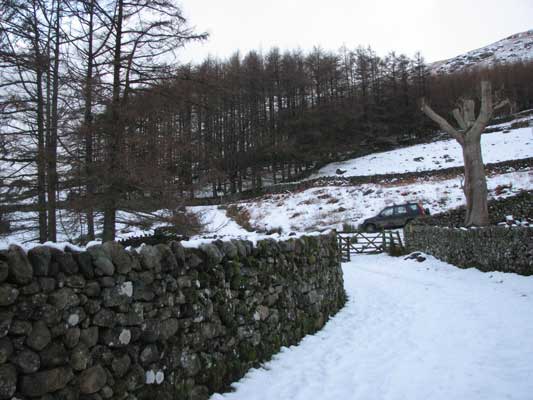 The snow and ice was frozen into the gravel of the drive. 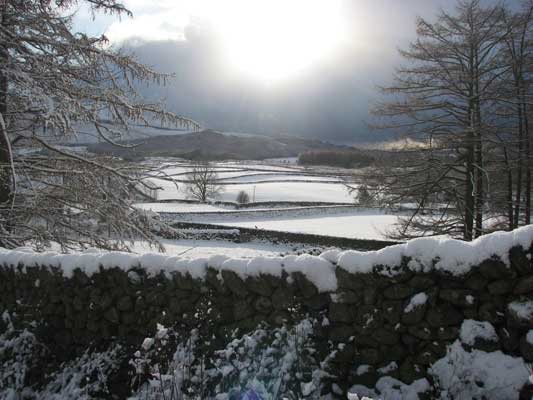 'Its brightening up' declared Carol.

We managed to join 2 sets of snow chains together to go round the van wheels and with relative ease I was able to reverse up the drive. For some unknown reason I decided to turn the van round at the top of the drive, the change of direction threw the chains 2 metres from the road. 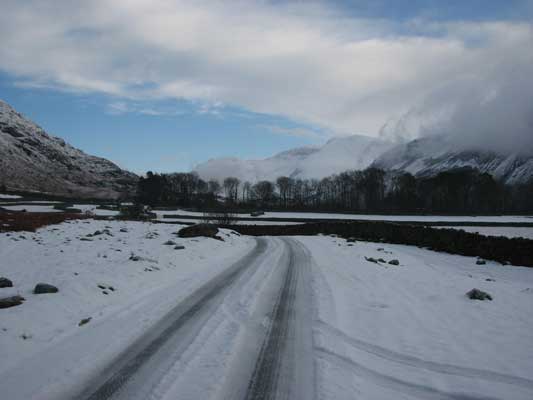 An hour later we managed to get onto the road. We had only mean't to use the chains to get onto the road, but the road was a sheet of ice. I set off towards Gosforth with Carol following in the Honda. I went all the way to Gosforth before the road was clear enough to take off the chains. The coast road was clear, but the roads in and out of many of the valleys remained untreated sheets of ice for weeks. We took the hire van back to Cockermouth and gave up trying to move. It was weeks before we could get safetly into Ennerdale for the rest of our gear 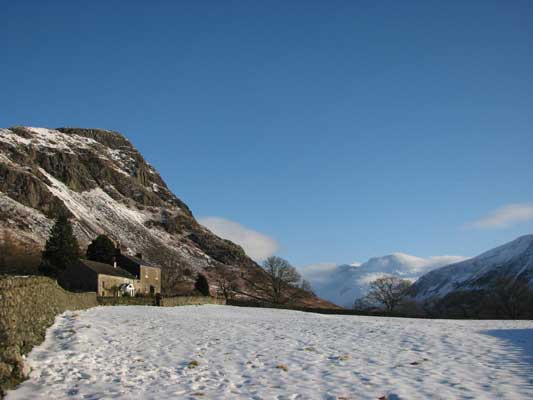 Buckbarrow basking in the sun with the Scafell's in the background. This cold, bright weather seemed to lasted for weeks, I began to think we had been transported to the Alps. It was great, then our water froze up!! 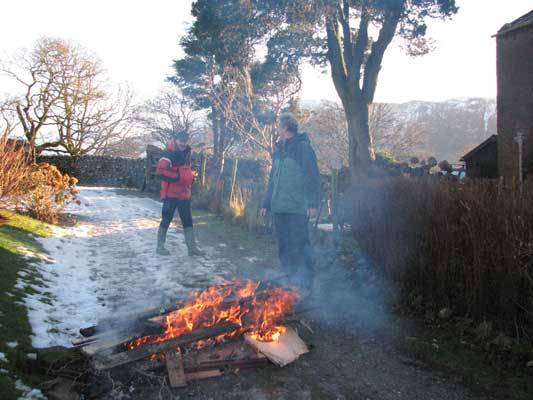 We were advised that our water supply ran under our neighbours drive and a quick fire would soon thaw it out, good job we had some old wardrobes we wanted to get rid of . Two hours later and we only had a trickle. Time for something serious!!! 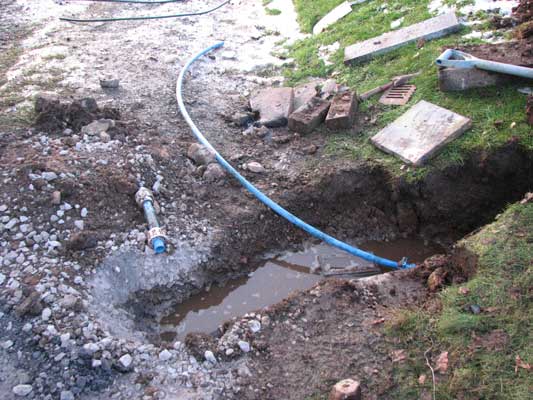 Yes, we dug our new neighbours drive up, he did help!! After much mumbling and muttering and the odd yelp of pain we managed to remove the stop cock. As we did, a mixture of grass, seives(rushes), and gravel came out of the pipe, quickly followed by a par boiled frog. I am sure it was dead before we par boiled it. I think it had probabaly gone into our settling tank to escape the icy weather and then crawled in to the water pipe to hibernate?? Only to get sucked down when a tap was turned on. We have now frog proofed the outflow pipe.I have to say it is not the first time I have come across this phenomenon. But thats another story!!!! ask me some time. 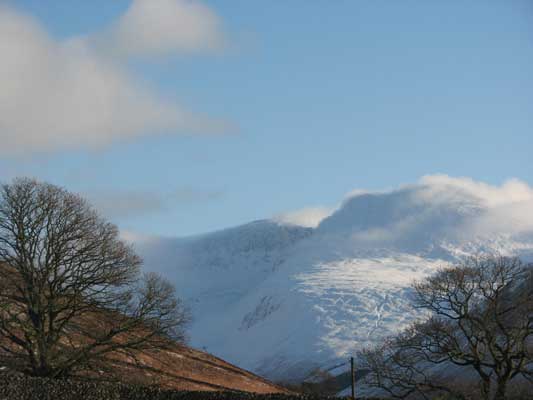 Clouds and spindrift blowing about on the Scafell's. 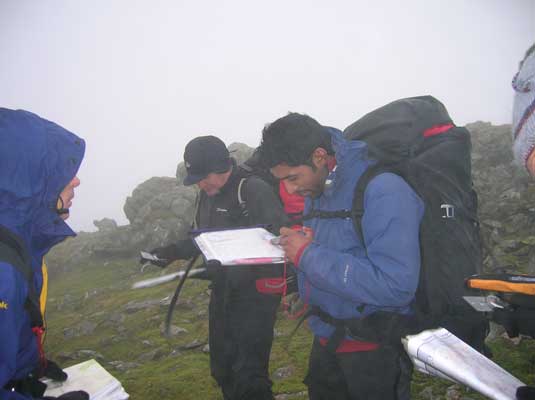 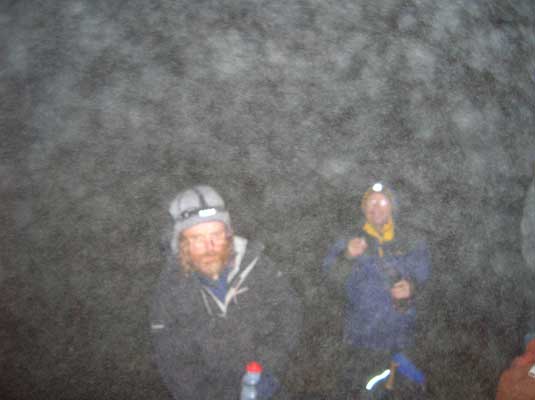